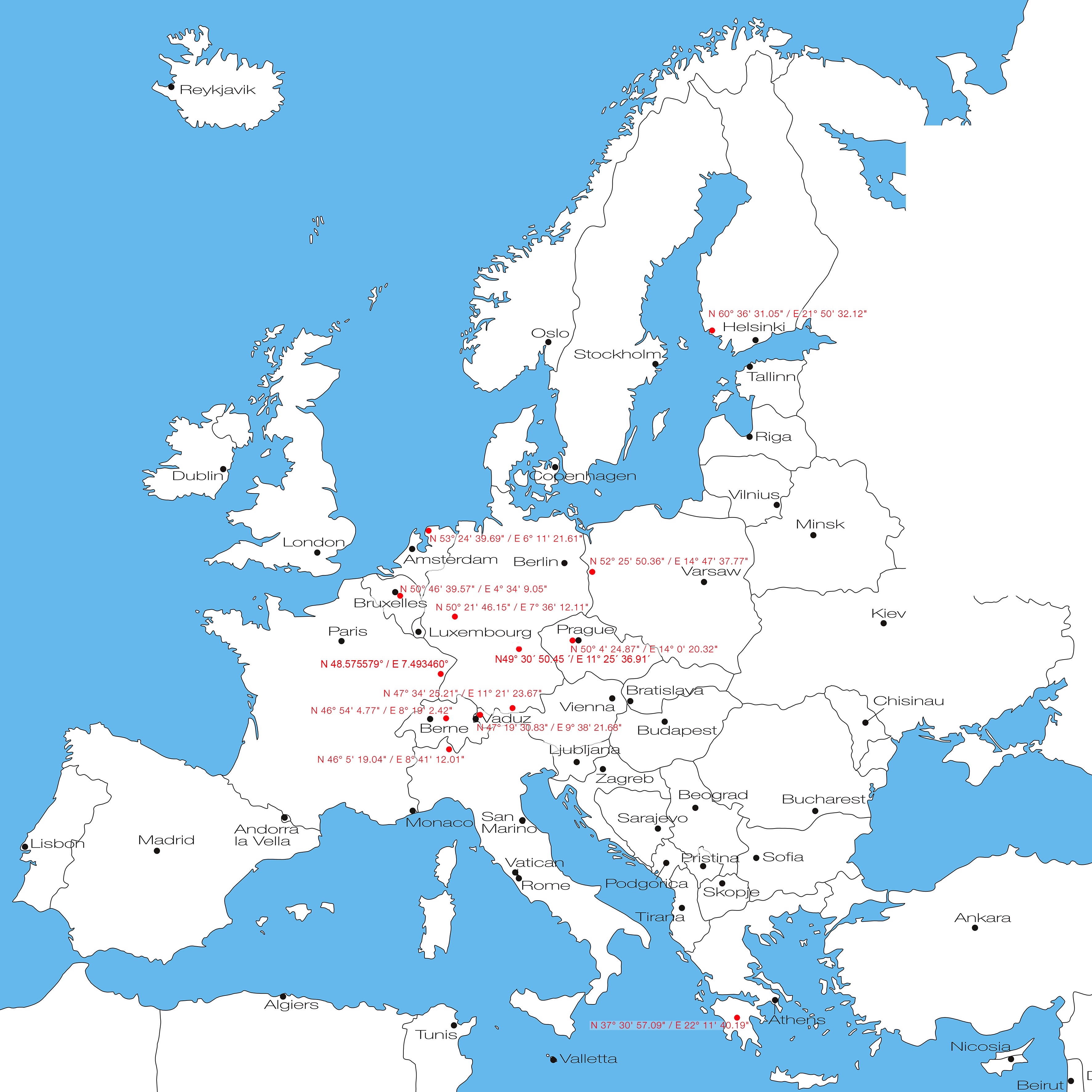 Since 2013 Arcadian´s ambassador, Peter Kees, occupies one square meter of land in various European countries an declares this occupied area as an arcadian territory. The square meters are no longer national bound; Foreign power can not be prosecuted.

Such land occupations have so far been carried out in German, Finnish, Swiss, Polish, Italian, Austrian, Dutch, Czech, Belgian an Greek territories.

On July 22, 2016 an attempt was made to hand over the materials for such an Arcadian square meter to the Turkish government though their consul general in Munich. Unsuccessful, the Turkish Consulate refused the acceptance and read Peter Kees of the place.

On December 20, 2017 asked S.E. Peter Kees the Israeli Prime Minister Benjamin Netanyahu and Palestinian President Mahmoud Abbas to designate one square meter of land at a centrally located location in Jerusalem as Arcadian territory. In this place every nation state and the associated monopolies of state power would be abolished.

On 29 May 2019 one square meter south of Sicily on the Mediterranean was occupied on Europe's outer border and declared Arcadian territory.